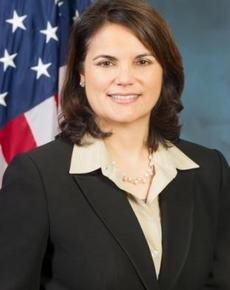 As the second most senior official at HUD, Nani Coloretti will manage the Department's day-to-day operations, including a $45 billion annual budget and approximately 8,500 employees.

"Nani is a proven executive who has excelled at making government more efficient at the municipal and federal levels," said HUD Secretary Julián Castro. "Her breadth of experience and track record at the Treasury Department make her the ideal choice for a mission-oriented agency like HUD."

"I'm immensely grateful for the trust that President Obama and Secretary Castro are placing in me to help lead HUD at this critical time," said Coloretti. "This Department is undergoing significant change as it works to support our nation's housing recovery and improve the way it serves communities all across this country. I'm looking forward to working with the Department's outstanding employees and continue a data-driven approach to help make HUD's operations run as efficiently as possible."

Prior to joining HUD, Coloretti served as an Assistant Secretary at the U.S. Department of the Treasury where she advised the Secretary on the development and execution of the Department's budget, strategic plans, and the internal management of the agency and its numerous bureaus. In July 2012, President Obama appointed Coloretti as a Member of the Government Accountability and Transparency Board. Following the passage of the Dodd-Frank Wall Street Reform and Consumer Protection Act in 2010, Coloretti helped establish the new Consumer Financial Protection Bureau (CFPB), serving as its Acting Chief Operating Officer.

She served as a policy advisor and budget director in San Francisco where she led the development and implementation of the city's $6.2 billion annual budget. Coloretti also spent six years in San Francisco as the policy and budget director at an agency that worked to improve the lives of children, youth and families by investing in cross-cutting, evidence-based initiatives. In years prior, she served as a consultant at the Law and Economics Consulting Group, a health finance and budget analyst in the Clinton Administration's Office of Management and Budget, and a budget analyst for the State of Hawaii.

Nani Coloretti is a recipient of the UC Berkeley Goldman School Award for Policy Innovation, the National Public Service Award, and the Fed 100 award. She holds a B.A. in Economics and Communications from the University of Pennsylvania and a Master's in Public Policy from University of California at Berkeley.