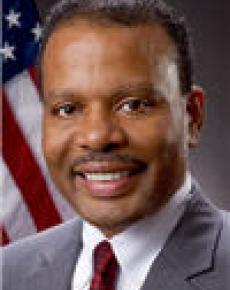 Malcolm D. Jackson is EPA’s Assistant Administrator for the Office of Environmental Information and Chief Information Officer. In this dual role, Mr. Jackson is responsible for IT operations and security, information quality and collection, and access to environmental information including the Toxics Release Inventory. His leadership focus includes IT strategic planning and governance, IT investment management and government transparency.

Malcolm D. Jackson was appointed to serve this role by President Barack Obama. Prior to being confirmed by the Senate in June 2010, Mr. Jackson served as the Senior IT Business Unit Director of CIGNA Group Insurance. At CIGNA, he managed all IT aspects that supported short term disability, long term disability, life and accident insurance products and services. From 2006 to 2008, Mr. Jackson also served as the Senior IT Business Unit Director for CIGNA Insurance Corporate Business Functions. During this tenure, Mr. Jackson directed the development of IT applications for Human Resources, Finance, Legal and Public Affairs, and Investments. In addition, Mr. Jackson had IT oversight for Corporate-Owned Life Insurance, Reinsurance, and Settlement Annuities.