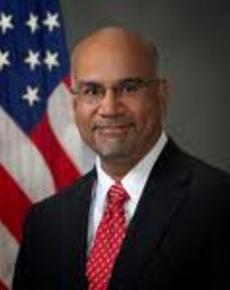 Prior to his appointment, Mr. Paul served as the Federal Chief Architect in the Office of Management and Budget (OMB) where he led Federal enterprise architecture (FEA) activities and chaired committees responsible for leading initiatives such as inter-operability across networks and databases used by front-line law enforcement, homeland security, military, intelligence, and foreign affairs personnel nationwide. Mr. Paul also led several successful Presidential directed government- wide initiatives that promoted innovation and transparency within the government including Data.gov, the Federal migration to IPv6, and start-up work for Recovery.gov.

Mr. Paul began his work in the Federal government at the Department of Justice (DOJ) in 2005 where he served as Chief Architect. While at DOJ, he led delivery and initial adoption of the National Information Exchange Model (NIEM) across the national public safety, law enforcement, and homeland security sectors - an effort that has been highlighted as a critical component of the ISE’s success. In this role he led efforts around data standards and inter-operability across Federal, State, local, tribal, and private sector stakeholders.

He has been recognized by his peers for his work with NIEM and his work with cross-government leadership helping agencies improve performance through the use of information – by Federal Computer Week as one of the Federal 100 in 2009 and 2006; with the Justice Management Division Collaboration Award in 2007; by Computer World as one of the Premier 100 in 2008; and with the 2010 Excellence in Enterprise Architect (EA) Award for Individual Leadership in EA Practice, Promotion, and Professionalization.

Before joining the Federal Government, Mr. Paul was Group Architect and Product Manager with the Financial Industry Regulatory Authority (previously NASD). Earlier in his career he worked in a variety of technology product and service companies in entrepreneurial, technology development and management, and leadership roles.