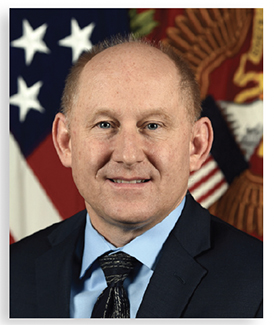 John Whitley is currently a researcher and advisor with the Institute for Defense Analyses and other organizations. In government, he most recently served as the acting secretary of the Army and, prior to that, served as the assistant secretary of the Army for Financial Management and Comptroller and in acting positions as the director of Cost Assessment and Program Evaluation (DCAPE) and deputy chief management officer (DCMO) of DoD. In those positions, he led reform initiatives and, at CAPE, led DoD’s resource allocation process (~$700 billion per year), acquisition cost estimating, future force development, and analysis on a wide range of defense programs, including ship requirements, space capabilities, missile defense, nuclear modernization, and hypersonics.

Prior to returning to government, John spent eight years in federally funded research institutions, primarily at the Institute for Defense Analyses (IDA). His work at IDA included resource allocation and performance issues in national security, defense resource management analysis, military healthcare, and border security. He also served as a senior fellow at Center for Naval Analyses. In 2014 and 2015, he supported the Military Compensation and Retirement Modernization Commission in its healthcare work. Other roles have included adjunct lecturer at The George Washington University, director of Program Analysis and Evaluation at DHS, a defense fellow in the U.S. Senate in the office of Senator Jon Kyl of Arizona, as a staff economist at CAPE, and a faculty member in the economics department of the University of Adelaide in Australia. John also served in the U.S. Army.

John has a PhD and MA in economics from the University of Chicago and undergraduate degrees in Animal Science and Agricultural Economics from Virginia Tech. He lives in Alexandria, Virginia, with his wife and children.