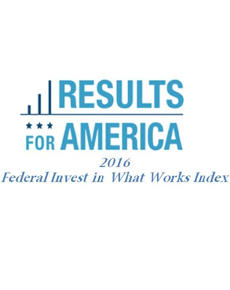 John Bridgeland is Founder and CEO of Civic Enterprises, a public policy firm in Washington, D.C., and Vice Chair of the Service Year Alliance at The Aspen Institute, a new initiative to create a voluntary, civilian national service counterpart to military service in the United States. He is also author of the book, Heart of the Nation: Volunteering and America's Civic Spirit, which is being assigned in classes on college campuses. In 2010, President Obama appointed Bridgeland to the White House Council for Community Solutions, where he authored the report “Opportunity Road: The Promise and Challenge of America’s Forgotten Youth.” Bridgeland previously served as Director of the White House Domestic Policy Council in the first term of President George W. Bush, where he coordinated policy on more than 100 issues, and then as Assistant to the President of the United States and first Director of the USA Freedom Corps, where he coordinated policy on international, national, community, and faith-based service in the aftermath of 9/11. He co-chaired the White House Task Force for Disadvantaged Youth. Bridgeland also co-led the Policy Transition for the President-elect in 2000-2001. Bridgeland was also the Founding CEO and is now Vice Chairman of Malaria No More and Senior Advisor to the United Nations Special Envoy for Malaria, which together are mobilizing the public and private sectors to end malaria deaths in Africa. He co-led the White House Summit on Malaria, which launched Malaria No More. Since 2000, more than 6.3 million lives have been saved from malaria. Bridgeland is Co-Chair of The Aspen Initiative on the Future of Work with Bruce Reed to upgrade America's engine of opportunity. Bridgeland co-authored with former OMB Director Peter Orszag, Can Government Play Moneyball? for The Atlantic; co-authored the newly released book, Moneyball for Government, with Melody Barnes; and is working with Results for America to promote evidence-based policymaking, including through his recent testimony to the House Ways and Means Committee. Bridgeland also co-authored the book, Teaching America: The Case for Civic Education and previously led the White House Summit on American History, Civics and Service. Bridgeland also served on the Bipartisan Policy Center's Commission on Political Reform, which just released its bipartisan blueprint. Bridgeland also was a co-convener of ServiceNation, a Presidential forum with Senators John McCain and Barack Obama on September 11, 2008, and a national summit that showcased a comprehensive plan to increase community, national, and international service opportunities. Bridgeland began his professional career by practicing law in the New York and Paris, France offices of Davis Polk & Wardwell, where he also had an active pro bono practice. He also served as Chief of Staff and Counsel to former U.S. Congressman Rob Portman, where he drafted or played a leading role in developing 9 bills that were signed into law. Bridgeland graduated with honors in government from Harvard University, where he wrote his senior honors thesis under James Q. Wilson and played on the Harvard Varsity Tennis Team; studied at the College of Europe and Universite Libre de Bruxelles as a Rotary International Fellow; and received his J.D. from the University of Virginia School of Law, where he serves on the Public Service Advisory Committee. *********************************************************************************************************************************** Bruce ReedBruce Reed is the CEO and Co-Founder of Civic. Reed served as a top White House policy adviser in both the Clinton and Obama administrations. As President Clinton’s chief domestic policy advisor, he oversaw a host of domestic and social policies, including the landmark 1996 welfare reform law, the 1994 crime bill, and the Clinton education agenda. In the Obama White House, he served as assistant to the President and chief of staff to Vice President Joe Biden, working on economic and tax policy, education, youth smoking, food safety, and reducing gun violence. He previously served as executive director of the Bowles-Simpson deficit reduction commission and lead author of its report, The Moment of Truth. After leaving the Obama administration, he spent two years as the first president of the Eli and Edythe Broad Foundation, where he led nationwide efforts to strengthen public education in urban areas. The son of a former Idaho state senator, Reed has a long record of public service. He began his career as chief speechwriter for then-Senator Al Gore, policy director for then-Governor Bill Clinton at the Democratic Leadership Council, and deputy campaign manager for policy of the 1992 Clinton-Gore campaign. Reed was a longtime contributor to Slate and the New Republic and co-authored The Plan: Big Ideas for Change in America with Rahm Emanuel. He has a bachelor’s degree in English from Princeton University and earned a Master of Philosophy degree in English studies as a Rhodes Scholar at Oxford University.