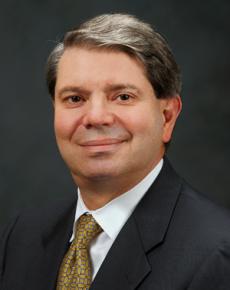 Mr. Dodaro has testified before Congress dozens of times on important national issues, including the nation's long term fiscal outlook, efforts to reduce and eliminate overlap and duplication across the federal government and GAO's "High Risk List" that focuses on specific challenges from reducing improper payments under Medicare and Medicaid to improving the Pentagon's business practices.

In addition Mr. Dodaro has led efforts to fulfill GAO's new audit responsibilities under the Dodd-Frank Wall Street Reform and Consumer Protection Act, under the American Recovery and Reinvestment Act—the stimulus legislation designed to combat the economic downturn, and under the TARP program to help stabilize financial markets and institutions.

As Comptroller General, Mr. Dodaro helps oversee the development and issuance of hundreds of reports and testimonies each year to various committees and individual Members of Congress. These and other GAO products have led to hearings and legislation, billions of dollars in taxpayer savings, and improvements to a wide range of government programs and services.

In a GAO career dating back more than 30 years, Mr. Dodaro has held a number of key executive posts. For 9 years, Mr. Dodaro served as the Chief Operating Officer, the number two leadership position at the agency, assisting the Comptroller General in providing direction and vision for GAO's diverse, multidisciplinary workforce. Mr. Dodaro led the development of GAO's strategic plans for serving Congress and improving government in the 21st Century. He also played a key role in guiding the agency's efforts to highlight current and emerging issues that warrant attention from policymakers.

Until 1999, Mr. Dodaro headed GAO's Accounting and Information Management Division, the agency's largest unit, which specialized in financial management, computer technology, and budget issues. While there, he directed the first-ever audit of the comprehensive financial statements covering all federal departments and agencies. Mr. Dodaro also helped conceive GAO's strategy for strengthening computer security governmentwide and led the updating of standards for internal controls in the federal government.

Mr. Dodaro worked closely with the Congress and several administrations on major management reform initiatives, including the 1994 Government Management Reform Act, which expanded the Chief Financial Officers Act; the revised 1995 Paperwork Reduction Act and the Clinger-Cohen Act of 1996, which require agencies to implement modern management practices for information technology management; and the 1996 refinements to the Single Audit Act, which outlines requirements for audits of federal assistance to state and local governments. Mr. Dodaro also led management reviews of the Department of Justice, the Internal Revenue Service, the Office of Management and Budget, and the Office of Personnel Management and has extensive experience working with state and local government officials.

Mr. Dodaro, who holds a bachelor's degree in accounting from Lycoming College in Williamsport, Pennsylvania, is a fellow of the National Academy of Public Administration and a member of the Association of Government Accountants. Mr. Dodaro has received many of GAO's top honors as well as recognition from outside organizations, including the American Society for Public Administration, the Institute for Internal Auditors, and Federal Computer Week. These include:

Mr. Dodaro is married to the former Joan McCabe and has three adult children.