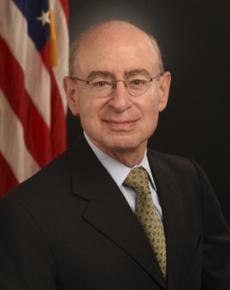 Daniel R. Levinson has headed the Office of Inspector General of the U.S. Department of Health and Human Services (HHS) for over a decade. A lawyer and a certified fraud examiner, Mr. Levinson leads an independent and objective organization of more than 1,500 auditors, evaluators, investigators, and lawyers, who oversee the integrity and efficiency of the Nation's one trillion dollar annual investment in Federal health and human services programs. Oversight responsibilities include the Centers for Medicare & Medicaid Services, Administration for Children and Families, Centers for Disease Control and Prevention, Food and Drug Administration, and National Institutes of Health.

Mr. Levinson participates in a number of interagency oversight entities and public-private partnerships. He serves on the Executive Council of the Council of the Inspectors General on Integrity and Efficiency. In 2011, he was appointed by President Obama to be a member of the Government Accountability and Transparency Board. Mr. Levinson was a member of the Recovery Act Accountability and Transparency Board and now serves on the governing body of the Health Care Fraud Prevention Partnership. In 2015, he was named a Senior Fellow of the Administrative Conference of the United States.

Mr. Levinson first entered Federal service in 1983 as Deputy General Counsel of the U.S. Office of Personnel Management. He thereafter served as General Counsel of the U.S. Consumer Product Safety Commission. In 1986, he was appointed by President Reagan to be Chairman of the U.S. Merit Systems Protection Board, a bipartisan, quasi-judicial agency that adjudicates Federal civilian personnel appeals. He was appointed by President George W. Bush to be Inspector General of the U.S. General Services Administration in 2001 and of HHS in 2005.

Mr. Levinson is a Phi Beta Kappa graduate of the University of Southern California and earned his law degree from Georgetown University, where he served as Notes and Comments editor of The American Criminal Law Review.