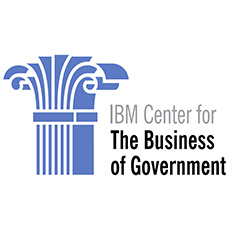 IBM Center for The Business of Government
United States

Mr. Chenok serves in numerous industry leadership positions. He is a CIO SAGE with the Partnership for Public Service, Fellow of the National Academy of Public Administration, Chair of the Cybersecurity Subcommittee of the DHS Data Privacy and Integrity Advisory Committee, Member of the Auburn University Center for Cyber and Homeland Security Board of Directors, Member of the American University IT Executive Council, and Co-Chair of the Senior Executives Association Community of Change for Governance Innovation; previously, he served as Chair of the Industry Advisory Council (IAC) for the government-led American Council for Technology (ACT), Chair of the Federal Information Security and Privacy Advisory Board, and two-time Cybersecurity commission member with the Center for Strategic and International Studies. Mr. Chenok also generally advises public sector leaders on a wide range of management issues. Finally, Mr. Chenok serves as an Adjunct Associate Professor with the LBJ School of Public Affairs at the University of Texas in Austin, teaching at the school's Washington, DC Center. John Kamensky is a Senior Fellow with the IBM Center for The Business of Government and an Associate Partner with IBM's Global Business Services.

During 24 years of public service, he had a significant role in helping pioneer the federal government's performance and results orientation. Mr. Kamensky is passionate about helping transform government to be more results-oriented, performance-based, customer-driven, and collaborative in nature.

Prior to joining the IBM Center, he served for eight years as deputy director of Vice President Gore's National Partnership for Reinventing Government. Before that, he worked at the Government Accountability Office where he played a key role in the development and passage of the Government Performance and Results Act.

Since joining the IBM Center, he has co-edited six books and writes and speaks extensively on performance management and government reform.  Current areas of emphasis include transparency, collaboration, and citizen engagement.  He also blogs about management challenges in government.