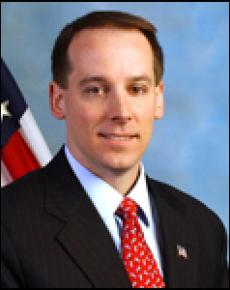 Mr. Chad Fulgham was appointed as the FBI’s Chief Information Officer (CIO) on December 8, 2008. Mr. Fulgham is responsible for the FBI’s overall information technology (IT) efforts, including developing the FBI’s IT strategic plan and operating budget. He is also responsible for management of all FBI IT assets, which includes legacy equipment and infrastructure as well as evolving implementation of new and modernized systems and services to accommodate mission priorities.

Prior to joining the FBI, Mr. Fulgham served as a senior vice president within the Information Technology Division of Lehman Brothers for four years. While serving in this capacity, Mr. Fulgham was responsible for the identity management, messaging, wireless, instant messaging/unified communications, and electronic communications compliance engineering teams worldwide and associated support teams in the Americas. Previous roles also included Program Manager of a global information security architecture initiative, head of IT Business Continuity, and Senior Manager for Windows server-based engineering and support.

In 2003, Mr. Fulgham served as the manager of IBM’s Global Computer Emergency Response Team, responsible for the security of all Windows platforms within IBM worldwide along with select strategic outsourcing clients.

He joined JPMorgan Chase in January 2002 as the Global Windows Security Engineering Manager and Information Risk Manager where he led multi-million dollar security engineering projects to close information security gaps resulting from the merger of JPMorgan and Chase.

Commissioned in the Navy after graduating from the U.S. Naval Academy in 1996, he attained the rank of Lieutenant during his five-year naval career. He served as an Information Security, Network Manager, and Communications Officer, developing enterprise-wide network security policies and procedures and coordinating lifecycle management and training for 90 networks. He also served as a Department Head, overseeing the operational effectiveness for 25 percent of the USS PIONEER
(MCM 9), an Avenger-class mine countermeasures ship.