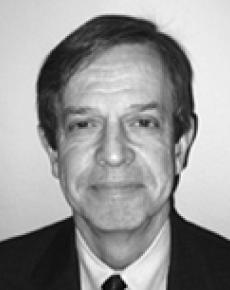 Barry Fulton is a Research Professor at George Washington University and Director of GWU's Public Diplomacy Institute. He teaches public diplomacy at the State Department's Foreign Service Institute and lectures at Yale where he is a Yale-Stimson Senior Fellow.

He is an Associate of Global Business Access, a member of the Board of Directors of Info/Change (a nonprofit consortium founded to expand affordable access to information and communication technologies in developing countries), and a member of the Washington Institute of Foreign Affairs. He is a member of the Defense Science Board Task Force on Managed Information Dissemination and serves periodically in the State Department's Office of the Inspector General.

He was named Associate Director of the United States Information Agency by President Clinton in 1994 where he remained until joining the Center for Strategic and International Studies in 1997 to direct a project on Diplomacy in the Information Age. Prior to his Presidential appointment, he was acting director of USIA's Bureau of Educational and Cultural Affairs. During a 30-year career with the United States Information Agency, he served in diplomatic assignments in Brussels, Rome, Tokyo, Karachi, and Islamabad. He retired from the Foreign Service with the grade of Minister-Counselor.

He established and directed the American Forces Radio and Television Service in Turkey where he served as a Lieutenant in the U.S. Air Force. He has been an adjunct professor at American University; has taught part-time at the University of Maryland, University of Illinois, San Antonio College, and the Pennsylvania State University; and has lectured at numerous universities and organizations.

Fulton holds a Ph.D. in communications from the University of Illinois, an MA in broadcasting and BS in electrical engineering from Penn Stte. He is the recipient of the Presidential Meritorious Honor Award, the Vice President's Hammer Award for Reinvention in Government, and the Edward R. Murrow Award for Excellence in Public Diplomacy from the Fletcher School of Law and Diplomacy.