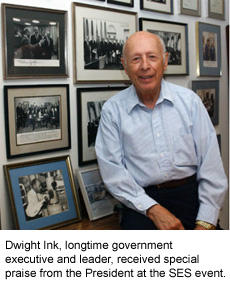 Thursday, December 11, 2014
Dan Chenok
This week, John Kamensky and I were privileged to attend the meeting of Senior Executives at the Washington Hilton, at which President Obama spoke as well as several agency heads. The event helped to frame why executive leadership remains a critical core