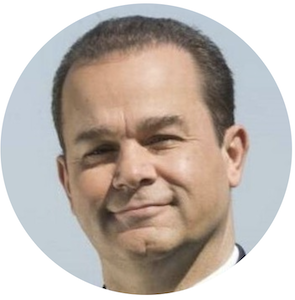 Before, Mr. Mendes was responsible for all global technology platforms and systems for the International Trade Administration (ITA), the DOC bureau that manages global trade issues for the United States of America. There Mr. Mendes oversaw a rapid bureau-wide transformation effort making ITA the first Federal Agency/Bureau to be 100% cloud based, radically changing several workflows, enabling a massive scale-up of service provisioning quality, an unprecedented rise in employee morale and job satisfaction while also lowering overall operating costs to less than 11% of ITA’s appropriation.

Prior to ITA, Mr. Mendes spent eight years at the U.S. Agency for Global Media (USAGM) in various executive roles; including CEO, COO, CIO, CTO and CFO. During his time at USAGM, Mr. Mendes managed overall Agency transformation generating over $360 million in savings from 2010 through 2018 through aggressive global technology and facilities optimization with projected 10-year savings in excess of half a billion dollars ($503M). In that timeframe, global weekly audiences grew 78% (165-278M), all while reducing technology and front office staff by over 22%.

Mr. Mendes received his MBA and BS in Management of Information Systems from University of Maryland Global Campus and an Associate Degree in Biology from Montgomery College. Mr. Mendes also holds certificates in finance and international management from MIT and Antwerpen University.

Mr. Mendes is a recipient of the 2011 Milton F. Clogg Outstanding Alumni Achievement Award from Montgomery College, a Trustee with Capitol Technology University and has receive multiple industry awards including an MIT award for IT Innovation and a nomination to the CIO Hall of Fame.